Top Bun Cha in Hanoi - Its No 1 Street Foods in Hanoi
Possibly the most delicious food available to man, bun cha is the lunch of choice all over Hanoi. Pork patties and slices of pork belly are grilled over hot coals and served with fish sauce, tangy vinegar, sugar and lime, which, when combined, creates a sort of barbecue soup that is eaten with rice vermicelli and fresh herbs. Accompanied by deep-fried spring rolls, this calorically rich dish is served with garlic and chilies on the side for an extra kick.

” Bun Cha Ta ’s first bún chả restaurant was on Gia Ngư street, Hoàn Kiếm District, in Hanoi’s Old Quarter and moved to 21 Nguyen Huu Huan street in the old quarter of Hanoi now
Bún chả is popular in the Northern region of Vietnam and its recommended one of top ten street food in Hanoi ,Vietnam. In the South, a similar dish of rice vermicelli and grilled meat is called bún thịt nướng
website: www.bunchata.com
Facebook.com/bunchatahanoi
Bun Cha Ta highly recommended by travelers ,bloggers and guide books by Good Food, comfortable seats and friendly English speaking staffs.
Excellent food and service Most delicious bun cha with unlimited supply of fresh herbs , everything is just right in terms of taste and ambiance. Lovely setting and comfy place and we got to taste the seasonal homemade apricot drink and the owner, Amy, surprise us with a happy drink, Vietnamese whisky that hits the right spot.
Must visit 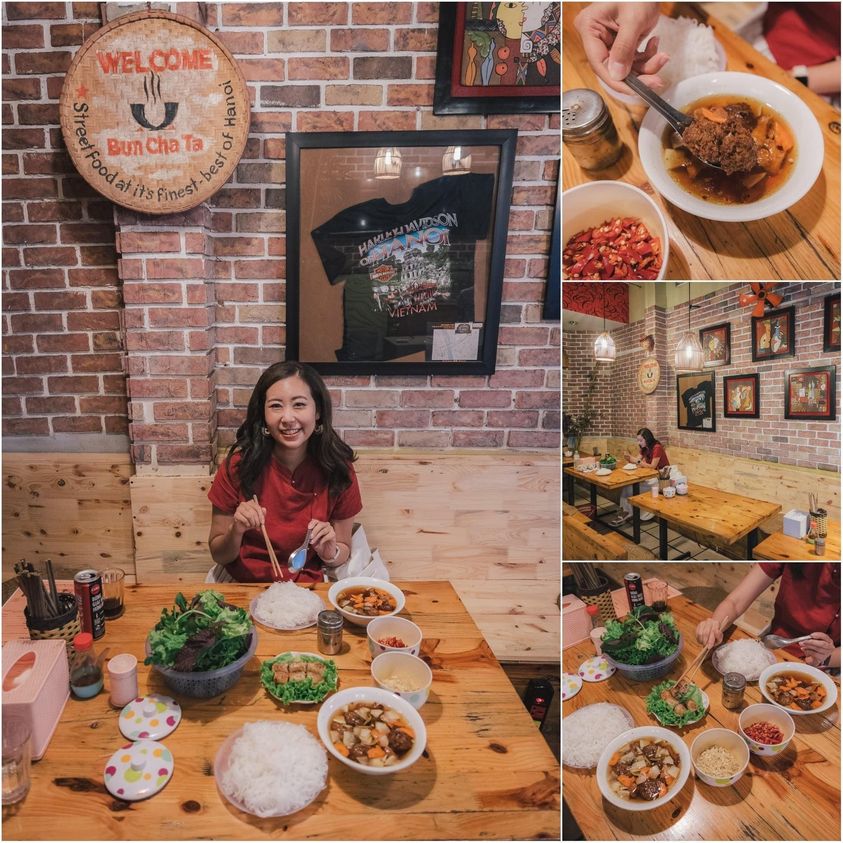 Bun cha Tuyet in Hang Than slope is the destination that most of eaters will agree that its cha is really delicious and the quality is stable. A set of bun cha here looks nicer because cha, rice noodle and herbs are set in tray which is clean and pleasant.

Despite its location in the old quarters, but a cha set here is so reasonable and quite cheap, around 35,000 vnd (2 usd). A bowl of cha is full with grilled meat, (4 or 5 minced meat and about 10 slice meat), enough to satisfy your need.

Especially, both 2 types of cha are all grilled moderately with a little burning, and so fragrant, taste sweet and soft. The minced meat is wrapped in xuong song (a kind of herb) so its flavor is so impressive and tasty. Moreover, its sauce is a perfect mixture of sugar, vinegar and salt. This restaurant is opened from 10h00AM till 4h00Pm and much crowed at noon. It also serves “nem”, but “nem” is often sold out soon. 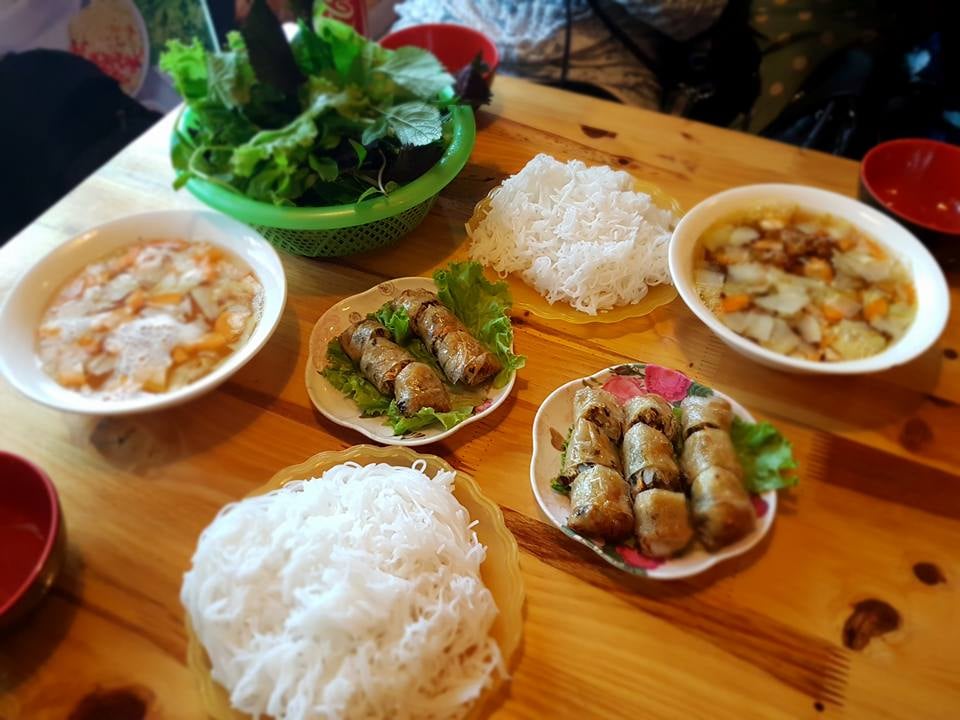 Let’s ask gourmets in Hanoi for the best bun cha restaurant, the percentage of them advise you to go to 74 Hang Quat street is very high! Although this stall is located in a so narrow lane on Hang Quat street, but you will be surprise when you know its existence of more than 19 years. This stalls has a large number of familiar eaters because once they try bun cha here, they will never forget its flavor.

Like other bun cha restaurant, cha here has two types: minced meat and slice meat and its slice meat are most favored by eaters because the slice meat is thin, and grilled well to avoid greasy. At first look, cha seems to be in quite dark color not because of over grilled but for the dark color of sugar sauce.

Thanks to the sugar sauce soaking deeply into the slice meat, together with perfect fish sauce, bun cha here is really impressive toward gourmets in Hanoi.

A set of bun cha here is often at 50,000 vnd (~3 usd) and can make you pleased at noon. Although the restaurant often opens at 9h30 AM but it sell out things very soon, at about 2h00PM. So try to come here earlier to get best set of bun cha.

Let’s go to Lane 123 Bach Mai street to enjoy a very special bun cha, not only by its special flavor but also by its “delay” serving. Call “delay” serving because you need a lot of time to wait for cha to be grilled well on charcoal and have to wait until your turn. The restaurant opens at a hanging time (2h00PM to 3h30PM), and the price is reasonable at 50,000 vnd (2,5usd). With such a short time opening, it will challenge your patience for a well-done set of bun cha here. Once you patiently wait for your turn to be served.

When the bun cha set appears, you will see that cha, sauce, noodle and herbs are served separately. Thanks to the bamboo stick, the meat is grilled so well and has a special fragrant compared to other types of bun cha. It looks so attractive that you will eat it quickly in few minutes. The tip for you is to come here from 2h00PM. You will be served well for your patience.

After the memorable evening on May 23, 2016, the name Huong Lien suddenly famous to the world’s famous restaurants thanks to the drop-in of U.S President Obama, in his 3-days business trip in Vietnam, he chose this restaurant for his dinner on May 23 to enjoy its famous dishes: bun cha

In fact, this restaurant has been long famous to the gourmet in Hanoi since its foundation in 1993. Bun cha Huong Lien restaurant has a moderate sauce taste that is sweet enough with the elegant sour of vinegar. The grilled pork is soft, smooth-tongued with strong taste of grilled onion. Besides a set of bun cha including grilled pork and grilled slice meat, you should order one or two more Nem cua be (sea-crab spring roll) to serve together with bun cha. This sea-scab spring roll has a very crispy cover while the inner meat is so delicious and sweet-smelling. That’s why many gourmets patiently wait up to 30 minutes just to have a full set of bun cha here at lunch time.

The space in the restaurant is cool and the waiters are very friendly and enthusiastic. To meet the increasing demand of tourists after the Obama’s effect, the restaurant has just opened a new branch in lane 57, Lang Ha Street, Hanoi.

TripAdvisor Ranking #1 of 224 things to do in Hanoi 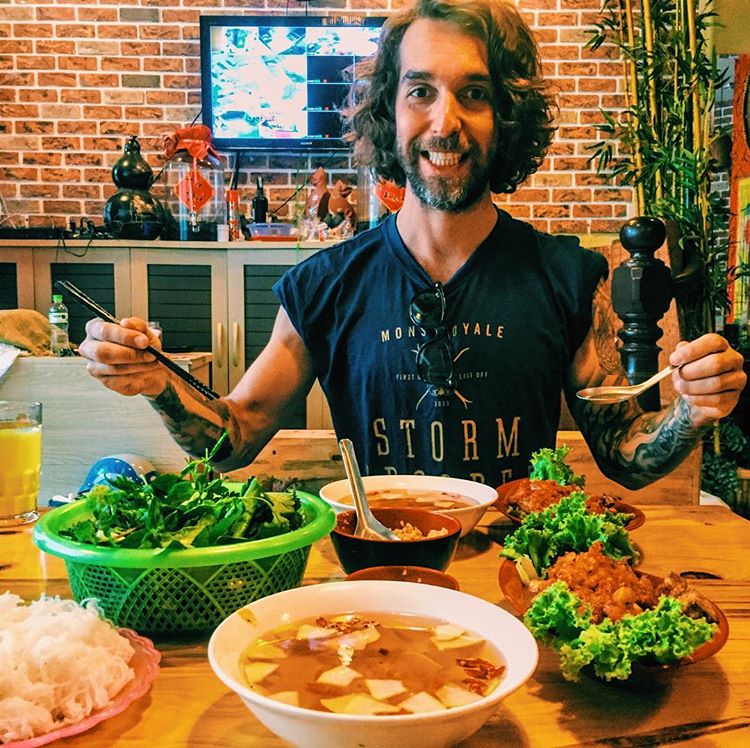 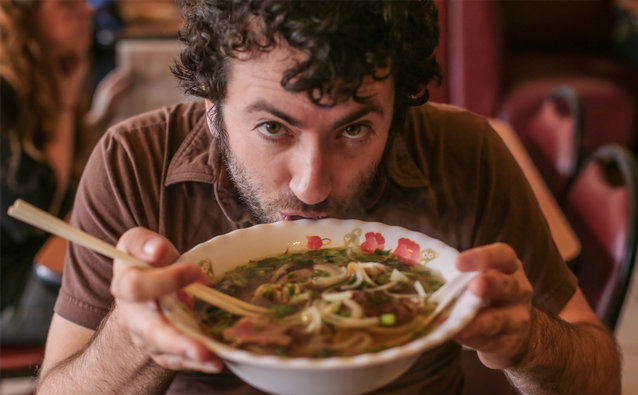 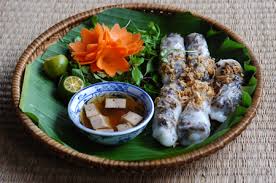